My name is Renee Ballan, and I am the SEN ICT team leader for Oxfordshire and a former SEN teacher for children with complex physical and learning needs. I currently work with an organisation called SENSS (Special Educational Needs Support Services) in Oxfordshire, which is how I came to be a part of the Bethlehem Project supporting Hogar Niño Dios.

Hogar Niño Dios is a home for abandoned and disabled children from Bethlehem and the surrounding areas which is run by Sisters, paid staff and volunteers. There are currently forty-two individuals in the home with various disabilities and needs. This includes children as young as one to people in their fifties; the house becomes their home for life.

I have visited the orphanage six times over the past four years, each time spending an intensive week with the staff working on methods to best support the students to develop their fine and gross motor skills, as well as their communication skills.

I had heard about Clicker through working within SEN, but I didn’t know about any Arabic versions until I went to an exhibition that Crick Software was attending. I figured that I didn’t have anything to lose by asking about an Arabic version, and although I didn’t necessarily expect to hear yes, when I did, I could see a whole new world open up for the children I’d worked with in Palestine. I contacted Crick Software afterwards and they agreed to support the project. 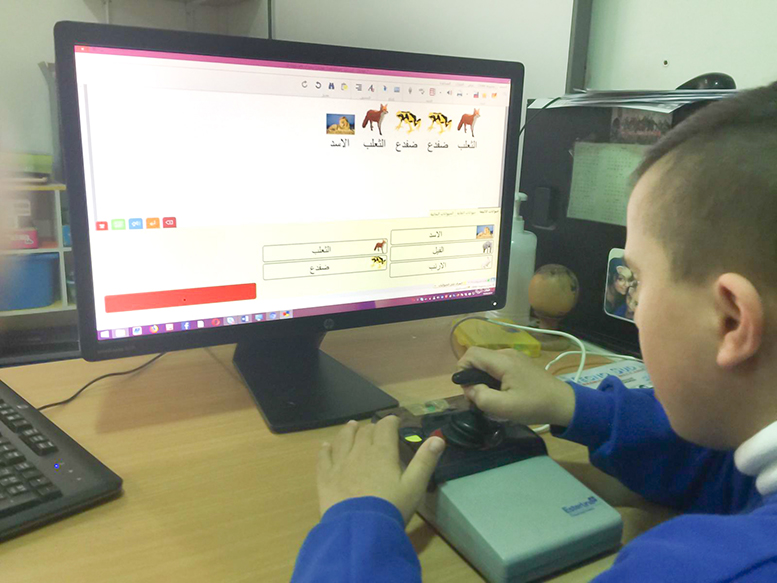 I took Clicker Arabic with me during a visit to Hogar Niño Dios and trained one of the teachers there, Rana, how to use it, how to edit grids and how to use switches with the software. Over the years, I’ve seen her confidence grow and now she’s creating the most amazing resources for the children. I contacted Crick Software again earlier this year to enquire about the latest Arabic translation of Clicker and was fortunate enough that they agreed to support the school again.

Because the teachers already had experience with an older version of Clicker, it was relatively simple to train them with the newest features, and they saw the benefits immediately. It was so much easier to edit grids because there are more templates to choose from. The Clicker Board mind-mapping tool has made a huge difference and the ability to add pictures from the internet really helps. The Connect Sets were really good too; giving the pupils three or four choices felt easy to set up and helped the children to develop their sentence building skills. 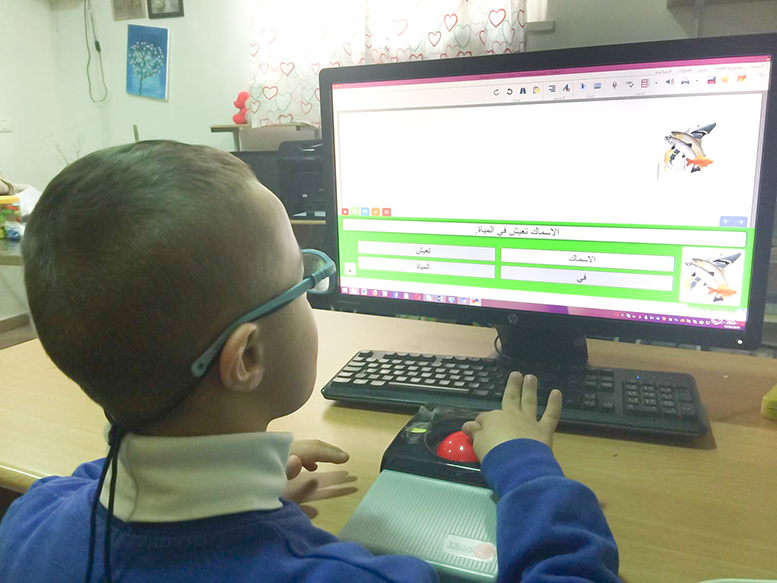 We’ve also found the ready-made sets on LearningGrids to be useful. I taught the teachers how to adapt and personalise the grids to create customised sets for the pupils.

A lot of the children in the school use Clicker for their day-to-day learning and it’s wonderful because it helps them to show off their ability to understand and communicate, something that they struggled to do previously. Clicker is well used by the children who have Down’s Syndrome or autism; it has had a huge impact on their learning. They are more engaged with learning and interacting with the teacher more. Once we were sure that the children understood what we were telling them we took it from there, building sentences and testing their understanding.

One child, Heba – meaning “gift” in Arabic – was my main inspiration for looking into technology solutions. We could tell that Heba wanted to communicate and that she had a lot to say but had no means to express herself. We introduced her to Clicker and began with eye pointing before moving on to switches. We started with simple things like recognising her name, saying yes or no, testing her with colours and shapes, and she was so accurate. Now Heba uses Clicker as her primary communication aid.

I would say that Clicker has had a huge impact at Hogar, to the children’s lives and assuring people that the children are able to learn, demonstrate what they know and communicate. My eventual aim is to have Hogar as a centre of expertise for technology in the area, so other schools can come and see how Clicker works there. Other schools don’t have the expertise or training, so I’m developing this initiative so that Hogar can help them use technology effectively.

A big thank you Crick Software for all your support; it has made a significant difference to the children’s lives. 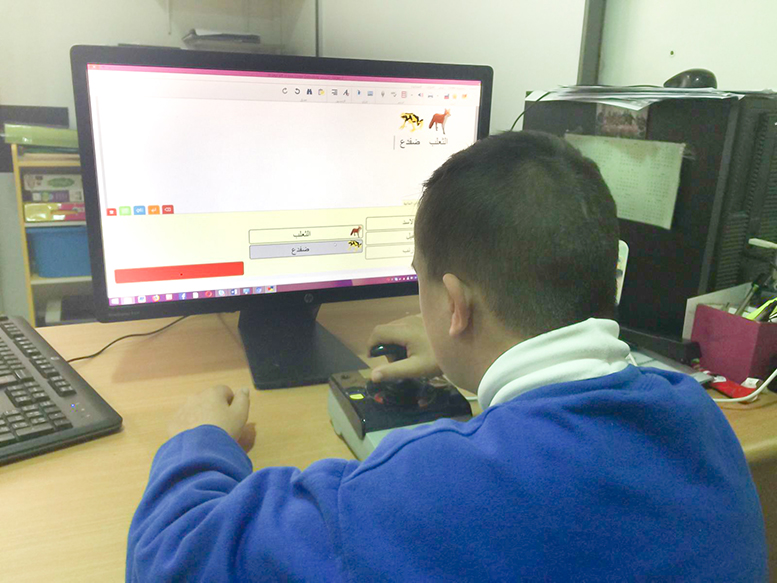