Black History Month is a time to recognise and celebrate the heritage, accomplishments and culture of African Americans throughout history. Clicker can help you teach your pupils about some of the icons in Black History, as well as their roles in the Civil Rights Movement and their bravery in the fight for equality. 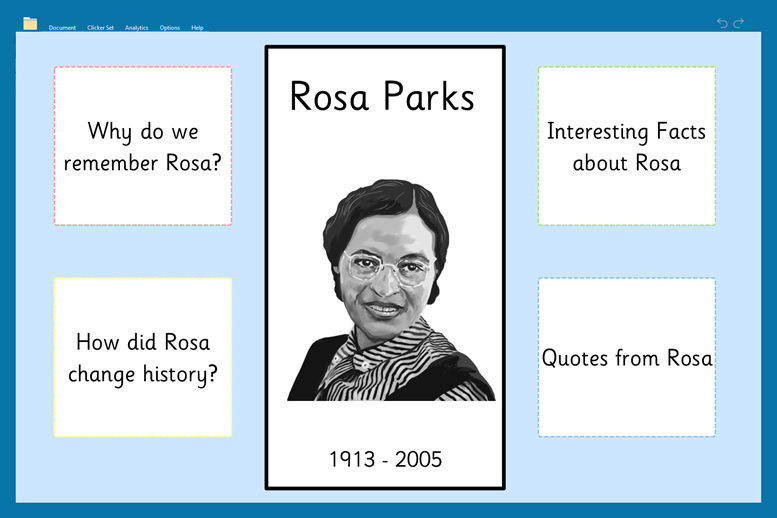 As stated, many know Rosa for being the catalyst for the Montgomery Bus Boycott, but she has many more accomplishments to her name. For example, did you know she was awarded the Presidential Medal of Freedom in 1996?

Martin Luther King, Jr. was a social activist and Baptist minister who played a key role in the Civil Rights Movement from the mid-1950s until his assassination in 1968. He was the backbone to the Montgomery Bus Boycott and the iconic March on Washington in 1963, which brought about landmark legislation such as The Civil Rights Act and the Voting Rights Act. He is most famous for his exemplary role in the Civil Rights Movement, as well as his “I Have a Dream” speech. We have an amazing Word Bank highlighting Martin Luther King, Jr.’s childhood, adulthood and legacy. 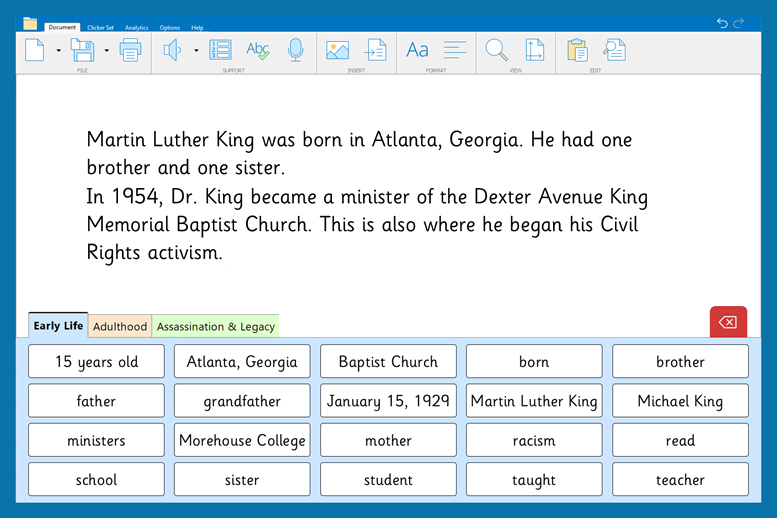 Harriet Tubman escaped slavery in 1849 only to become one of the most notable abolitionists and “conductors” of the Underground Railroad. Through her work, she was able to lead hundreds of enslaved people to freedom and safety. During the Civil War, she worked for the Union army first as a cook and nurse, and then as an armed scout and spy. After the war, Harriet Tubman dedicated her life to helping those formerly enslaved and to women’s suffrage. We have an amazing A-Z Word Bank, available within Clicker, on Harriet’s legacy! 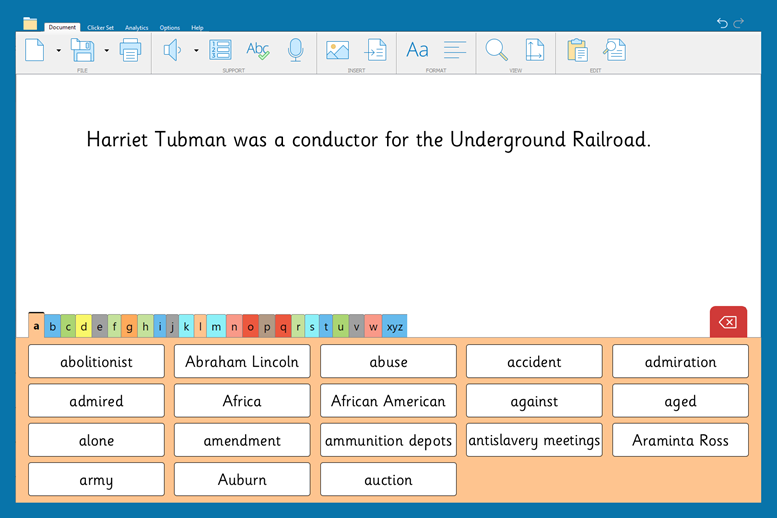 These are just a few examples of pre-made Black History Month resources ready for download in LearningGrids. You can use these resources as is or edit them to meet your pupils’ needs.