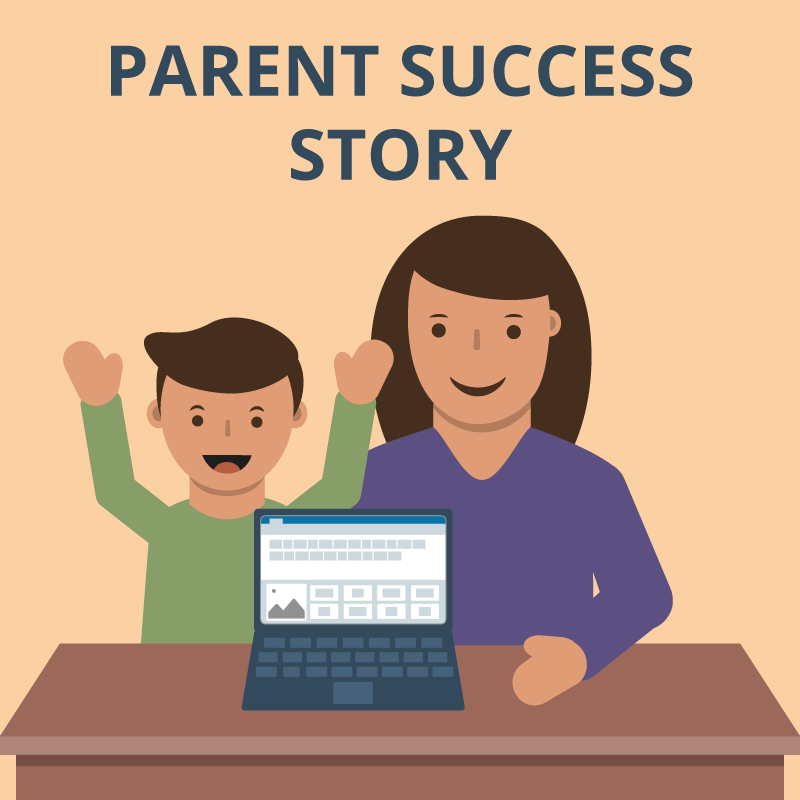 I’m Vanessa Simons and I use Clicker every day to support my son’s learning at home. Oliver* is seven years old and has low adaptive scores. He does not hold a pincer grasp, but is working towards it, and struggles with his writing stamina. He is also minimally verbal and has been diagnosed with autism and ADHD.

I was looking for a tool that I could use to support Oliver’s learning at home. I really wanted something that would reduce the burden of writing for him and help him to demonstrate his understanding. I’m on the PTSA board for his school and attended a talk about the features available in Clicker. It was described as a game-changer in the special needs arena.

When we started using Clicker, he didn’t want to stop! Oliver was drawn to it immediately and was having fun with it right from day one. He even started asking to use Clicker, something I never dreamt might happen.

The picture support combined with the speech tools really helped build his comprehension, while the point-and-click access to vocabulary made it easier for him to write sentences. It provided the right level of support for him to be able to learn. Very quickly, he was using the keyboard to type words from the Clicker Sets and correct his own spellings. 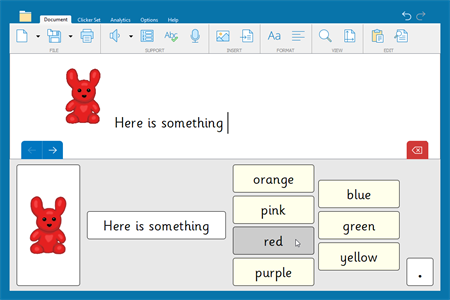 As we became more confident using Clicker, I started looking into more ways to scaffold Oliver’s learning. That’s when I started to use resources from LearningGrids and make Clicker part of our daily routine. We follow the structure of a Clicker Book, where we read together looking at the pictures; a Matching Set to reinforce the vocabulary from the Book and assess his understanding; finishing with a Sentence Set to practice writing the sentences he’d seen in the Book. I know that he's understood the material because he does the whole Sentence Set by himself and listens to it. This is a huge improvement for him. It was really rewarding for him to hear the sentences read out loud when he entered the punctuation. 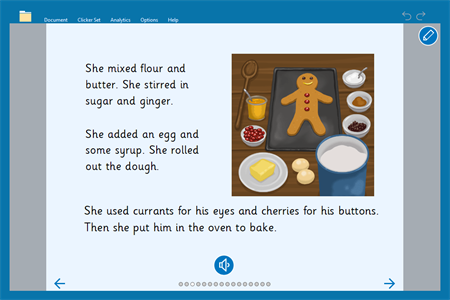 After a while, Oliver started to say the sentences he’d been working on in Clicker. He went from talking about just his own needs to talking about other things too. Before, even if he knew a sentence and you'd been talking about it, it wasn’t likely that he would say it. After using Clicker for a few months, I would say his utterances went from 20% to 80%. I was in tears seeing my child, who has limited language, starting to speak and utter those sentences and really engage with his learning. 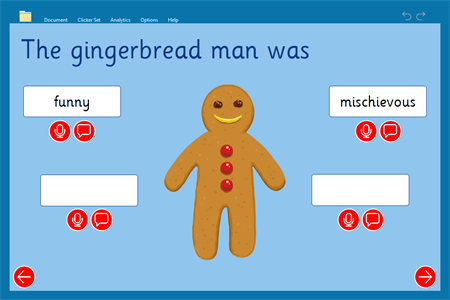 Oliver glued onto this learning pattern where we’d focus on one topic per day, which really helped his understanding. He then started choosing the grids he wanted to use, telling me, “I want to do shapes now.” So that's how it really started gaining momentum and we ended up exploring almost everything in his ability range that’s on LearningGrids.

Oliver’s favorite part of Clicker is the Sentence Set. I think it’s because it’s the right level of challenge. He can self-correct his sentences and he can listen to what he’s written. He will put in the punctuation and then erase it and put it in again to keep hearing the sentence.

Clicker is a great tool which can scale support and challenge. It can help in many ways, not just if the child has a special need or a diagnosis. If a child struggles to get their words together, they struggle with spelling or building sentences, if they don't understand a pattern, Clicker can help. Oliver can now confidently build and self-correct his sentences, which is not something I could have imagined just four months ago. 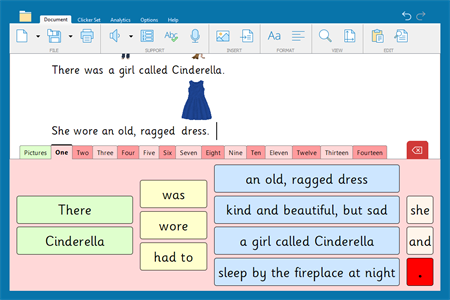 I think the best part about Clicker is the picture support. I know there are other resources that provide picture support, but Clicker offers so much more with it. It's the complete package for children’s literacy. If you don’t know where to start, Clicker can help to bridge the gap.

Vanessa blogs about special needs parenting and education on musingsandreviews.com.