Cathkin High School was given the opportunity to trial DocsPlus. The trial was set up by Crick Software in collaboration with the Schools Managed Service provider, RM Education and was supported by South Lanarkshire Council.

Cathkin High School is a mainstream secondary in South Lanarkshire Council with around 1100 pupils. I am the Principal Teacher of Additional Support Needs and support pupils with a wide range of support needs, for example pupils with dyslexia, ADHD, autism, etc. I also work to support staff in ensuring pupils’ additional support needs are met within the classroom.

We have found DocsPlus to be a more multifaceted ICT resource than we have been using so far. DocsPlus can be used by pupils with varying needs and abilities to progress and work more independently. So, for example, the spellchecker picks up on the phonics problem the pupils have:

“The spellchecker really helped. It helped me believe in myself, and gave me confidence with my writing.”

We used DocsPlus with a first year English class as part of a transition exercise we do where the pupils write Christmas letters to the primary feeder schools about things to look out for, things to look forward to, and hints and tips before they moved up to secondary. Verbally, the pupils can easily give you lots of ideas and examples but committing these ideas to paper is much harder for them as they struggle with starting extended writing tasks and structuring them.

The spellchecker really helped. It helped me believe in myself, and gave me confidence with my writing.

For some pupils this process of moving from a blank piece of paper to a coherent piece of writing is a real struggle. So, DocsPlus does something other word processors can’t: it gives them that scaffolding, that frame so they have a starting point with their thinking. DocsPlus is great as it has many ready-made templates or Wordbars which staff can use or edit.

We created banks of useful vocabulary and writing frames, which are called ‘Wordbars’ in DocsPlus, to help the pupils with their work. We found they were a great way to provide accessible, topic-specific phrases and sentences for the pupils to use. This hugely improved the speed and accuracy of their writing! With the letter task I mentioned earlier, the Wordbar tabs were organised to guide the pupils through the entire letter writing process:

“The different sections of the Wordbar were really helpful; it helped you write the letter in order and gave ideas about what to write next.”

DocsPlus made it so much easier for them to structure and order things – it gave them confidence in their writing.

I think one of the loveliest comments we got was to do with the word predictor. One of the children said:

“When you started to write a word at the bottom, the word appeared, and you just clicked on it to add it. If you didn’t know how to spell a word, if you put in the first couple of letters, it would just come up. It let me use bigger words I wouldn’t be able to spell.”

DocsPlus was helping to improve the quality of their writing too and gave them the confidence to use the sophisticated vocabulary they knew in their heads but couldn’t get down on paper before. It was great to see!

Children in South Lanarkshire already have access to Clicker at primary level, so they are used to having a writing support tool in place.  It would make a lot of sense for them to transition to an age-appropriate tool like this when they move into secondary school.

When you started to write a word at the bottom, the word appeared, and you just clicked on it to add it. If you didn’t know how to spell a word, if you put in the first couple of letters, it would just come up. It let me use bigger words I wouldn’t be able to spell.

There’s no doubt that DocsPlus had a massive impact on the pupils during our trial. It improved their self-esteem, confidence and motivation with writing tasks. Certainly in the English department we found that their level of writing improved significantly. The letters the pupils wrote were comfortably at level three – before this, these pupils would have been producing work at an early level two, so there was definitely a tangible improvement in the quality of their written work.

Ultimately, what we’re trying to do is get pupils working and achieving independently. We want them to be actively doing things for themselves; increasing resilience and independence, and I think DocsPlus really helps with that. I think this would be a fantastic tool for all secondary schools to have access to. 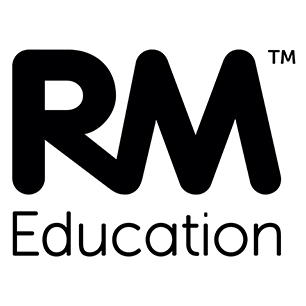 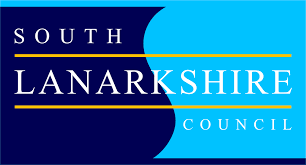