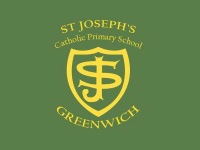 My role within the school is SENCo support and intervention, either small groups or 1-1 support for children with dyslexia and other special educational needs. We first came across Clicker when one of our pupils was diagnosed with dyslexia, and someone from our Local Authority dyslexia team introduced it to him. Instantly we could tell what a difference this would make for him, and that it would make his life so much easier.

We loved the fact that, as he was shortly moving into Year 5, he would have a tool that he could record his ideas on, without the struggle of physically writing. We initially bought a single license for him, and it has been absolutely brilliant. When I asked him recently what his favourite thing about Clicker was, he found it hard to narrow down! Here's what he came up with:

The thing that made us decide to extend to a Site License was seeing this particular pupil's progression. At the start of Year 5, he needed a lot of support to produce half a page of writing. This was difficult for him as he could see his peers writing much more, which really affected his confidence. But once we introduced him to Clicker, this changed. He would take a laptop into the classroom and he could produce two sheets of A4! It was fantastic that he could write the same volume as his peers; it changed everything for him. Suddenly he saw himself as someone who could reach the same level of success and achievement.

For me, the best thing about Clicker is how it increases writing confidence. He knows that if he goes wrong or gets in a muddle with his spellings, it doesn't matter because he can have another go and there is something there to support him and help him put it right. Not only did this improve his writing within Clicker; he has since been able to write much more with pen and paper too. Knowing he could do it with Clicker, he felt confident transferring those skills and writing in his book as well.

This particular pupil really enjoys creating his own Word Banks to use alongside writing. Recently the children had a lesson where they were writing a piece on Twelfth Night, so the day before, he created a Word Bank with all the vocabulary he would be using. He could then produce the writing with no problem. It was absolutely fantastic!

It's not just literacy that Clicker is used for though, we use it across the curriculum. This is where Clicker's bank of free resources comes in! When we start a new topic, such as the Vikings in History, I ask the children to search on LearningGrids for resources themselves. There are so many resources already created for a lot of topics, it's just wonderful! The pupils love all of the colours and pictures.

Having seen the impact Clicker was having on this pupil's learning experience, I started thinking about all the ways it could support the rest of the children in the school. It shocked me how quickly they picked it up – they picked it up more quickly than the teachers! But a colleague and I attended a Regional Training Day which we found very informative. I brought back the helpful training manual which literally tells you how to use Clicker, step by step, and you don't get lost! We're also looking into all of the training resources on the website, like the free videos and PDFs, to make sure we are getting the most out of the software when using it with the whole school.

Clicker has been a really big hit for us. If we could bottle up what it's done for this one particular pupil and roll it out to the school... If we have even a little bit of that success with the rest of the children, it'll be brilliant.